This is a very informative article written by Marie McCullough of Philly News- we think it is well worth the read!

Five years ago, when actor Michael Douglas candidly revealed that his throat cancer was linked to having oral sex, two things happened.

He made headlines that mortified his family. And he helped publicize the fact that a pervasive, sexually transmitted virus called HPV was unleashing an epidemic of oral cancer among men.

Since then, scientists have made headway in figuring out why HPV, the human papillomavirus, has this glaring gender bias. Men are four times more likely than women to be diagnosed with oral cancer, a hard-to-detect, hard-to-treat disease that has overtaken cervical cancer as the most common HPV-related malignancy in the United States.

To be sure, changes in sexual norms over the last few generations have played a role in this alarming trend. But research increasingly shows the real problem is something men have practically no control over: their immune response.

Compared with women, men are more likely to get infected with HPV — including “high-risk” cancer-causing strains. They also are less able to wipe out infection on their own, and more likely to get reinfected. The reasons are unclear.

“There is good evidence that men acquire oral infections more readily than women, even if they have similar sex practices,” said Ashish A. Deshmukh, a University of Florida HPV researcher.  “And more than the acquisition, it’s the persistence of the virus. The clearance rate is not that fast in men.”

Michael Becker of Yardley has stepped up as the face of this immunological inequity. The 49-year-old former biotech executive is health-conscious, clean-living, happily married for 26 years – and battling terminal oropharyngeal cancer, the medical term for malignancies in parts of the mouth and throat.

He’s also battling the misconceptions and ignorance that keep too many parents from protecting their pubescent children — especially boys — against HPV-driven cancers. Two shots. That’s all it takes for the leading vaccine, Gardasil, to prevent most cervical cancers, less common genital malignancies, and the disease that is killing Becker.

“I can’t tell you how many emails I got from parents after the CBS segment,” he said, referring to a national television interview last month. “They said, ‘What do you mean this vaccine is for boys?’ and ‘What do you mean oral cancer incidence has eclipsed cervical cancer?’ ”

HPV is a family of more than 100 virus types that can live in the flat, thin cells on the surface of the skin, cervix, vagina, anus, vulva, penis, mouth, and throat.

The virus is spread through contact with infected skin, mucous membranes, and bodily fluids. Some types can be passed during intercourse or — as Douglas pointed out — oral sex.

While virtually all sexually active people will get infected at some point, the virus is usually wiped out by the immune system without so much as a symptom.

In the cervix, persistent infection with high-risk HPV types can lead to precancerous changes that, left alone, slowly turn malignant. Fortunately, the Pap smear enables the detection and removal of abnormal cells before cancer develops. What’s more, age-related changes in cervical cells reduce the risk that HPV will take hold there as women get older.

No such screening test exists for oropharyngeal sites – the tongue, soft palate, tonsils, the throat behind the nasal cavity – and symptoms usually don’t appear until cancer is advanced. Becker, for example, had metastatic disease by the time he noticed a lump under his jaw line in late 2015.

Traditionally, smoking and heavy alcohol use are the big risk factors for oral cancer, but the non-HPV tumors linked to these bad habits have been declining in recent years.

HPV-related tumors, in contrast, have increased more than 300 percent over the last 20 years. The virus is now found in 70 percent of all new oral cancers.

About 13,200 new HPV oral cancers are diagnosed in U.S. men each year, compared with 3,200 in women, according to federal data. Treatment — surgery, chemotherapy, radiation — can have disfiguring, disabling side effects. About half of late-stage patients die within five years.

Oral HPV infection rates are skewed by gender, just like the resulting cancers. The latest national estimates of this disparity, published in October, come from Deshmukh and his University of Florida colleagues. They used a federal health survey that collected DNA specimens to estimate that 7.3 percent of men and 1.4 percent of women have oral infections with high-risk HPV types. That translates to 7 million men and 1.4 million women.

The chance of oral infection increases for women as well as men who have simultaneous genital HPV infections or a history of many sex partners, but male infection rates still far surpass female rates.

Patti Gravitt, an HPV researcher at George Washington University, believes these estimates are a bit oversimplified because women counted as uninfected may actually have undetectably low virus levels, or HPV may be hiding in a dormant state in their cells.

Still, Gravitt said the study is in line with others that suggest “men are more susceptible to HPV viral infection than women.”

In women, an HPV infection usually sets off the body’s defense mechanisms. The immune system makes antibodies that kill off the invader, then immune cells remain on guard, ready to attack if the virus reappears.

Rather than putting the immune system on guard and protecting men from the virus, infection sharply increased the chance of getting infected again with the exact same HPV type. And many men who got reinfected were celibate at the time.

How could this be? Anna R. Giuliano, the researcher at the Moffitt Cancer Center in Tampa, Fla., who led the HIM study, said recurring infections may be due to reactivation of dormant virus, or to auto-inoculation – the man spreads infection from one part of his body to another. Or to something else entirely.

While the scientific understanding of this puzzle is evolving, one implication is clear. “HPV vaccination is the only reliable method to ensure immune protection against new HPV infections and subsequent disease in males,” Giuliano and her co-authors declared in a recent paper.

Becker hammers that message – when he is not being hammered by chemotherapy – using his self-published memoir and his blog. This week’s blog gave a shout-out to Sunday’s first-ever International HPV Awareness Day, declared by Giuliano and other members of the International Papillomavirus Society.

Becker realizes that the novelty of the vaccine, the complexity of HPV, and its link to sex are obstacles to immunization. But he focuses on the life-saving aspect.

“Parents are being asked to vaccinate their 11-year-old child and they can’t imagine 30 or 40 years down the line, it will prevent cancer,” Becker said. “If you don’t know it’s connected to six cancers, you’re not going to care. So it really should be cast as an anti-cancer vaccine.” 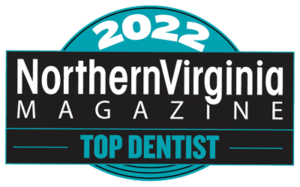